WHAT IS INL’S ROLE WITH SPACE TRAVEL?

Idaho National Laboratory’s Space Nuclear Power and Isotope Technologies Division fuels and tests Radioisotope Power Systems at the Materials and Fuels Complex, then delivers the systems for use in remote, harsh environments such as space. INL is working on the Multi-Mission Radioisotope Thermoelectric Generator (MMRTG) for NASA’s upcoming Mars 2020 mission that will send a rover to the Red Planet. Generators fueled and tested at INL are currently powering the Mars Science Laboratory Curiosity rover (launched in 2011 and still going strong) and Pluto New Horizons (launched in 2006 and now more than 4.1 billion miles from earth, traveling at more than 30,000 mph). The power system on New Horizons was the first assembled and tested at INL.

THE TIMELINE FOR THE MARS 2020 MULTI-MISSION RADIOISOTOPE THERMOELECTRIC GENERATOR

Scroll through the timeline events below.

WHAT IS AN MMRTG, AND HOW DOES IT WORK?

Multi-Mission Radioisotope Thermoelectric Generators are ideal for space missions because they are compact, durable and reliable, providing continuous power over long periods of time. The Department of Energy (DOE) provides radioisotope power systems to NASA for civil space applications. The MMRTG for the Mars 2020 mission will be fueled and tested at the DOE’s Idaho National Laboratory. It will later be shipped directly from INL to the launch site at Kennedy Space Center Florida, for integration into the rover.

MMRTG’s work by converting heat from the natural decay of radioisotope materials into electricity. Typically, the hot side of a general purpose heat source is 1800 degrees Fahrenheit while the cold side is approximately 570 degrees Fahrenheit. The generators consist of two major elements: a heat source that contains plutonium-238 (Pu-238) and thermocouples that convert the plutonium’s decay heat energy and the cold of space to electricity. The MMRTG is designed to produce about 110 watts of electrical power to begin the mission. The system has a design life of 14 years (plus three years of pre-launch storage), but can be expected to produce power much longer than that. Additionally, the MMRTG provides a source of heat for the rover’s instruments and on-board systems in the cold environment. Thermocouples have no moving parts and have proved an amazingly reliable source of energy for space missions. They have been used in RTGs for a combined total of 300 years, and not one thermocouple has failed.
More Info 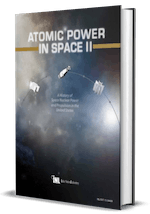 The General Purpose Heat Source Module is stacked and ready for insertion into the Radioisotope Thermoelectric Generator that will power the Mars 2020 rover.

Workers examine a video screen showing the interior of the Radioisotope Thermoelectric Generator.

Workers monitor the fueling process of the Radioisotope Thermoelectric Generator that will power the Mars 2020 rover.

The MMRTG that will power the Mars 2020 rover was placed in a thermal vacuum chamber to simulate the near-space environment and test its power performance.

The Radioisotope Thermoelectric Generator is mounted to a table during vibration testing in preparation for the launch of the Mars 2020 rover next summer. The RTG is tested in the X, Y and Z axis orientations to simulate the forces it will experience during launch.

The Radioisotope Thermoelectric Generator that will power the Mars 2020 rover undergoes a series of tests to make sure it’s ready for launch, including a vibration test to simulate launch (shown here), a mass properties test and a vacuum test.

The power source is transported from Idaho to Kennedy Space Center in Florida in a cooled cask, which rides in the back of a specially designed truck called a Radioisotope Thermoelectric Generator Transportation System (RTGTS).

Plutonium-238 (Pu-238) is an isotope of plutonium, a radioactive metal that is formed when neptunium-237 captures neutrons and undergoes beta decay. While trace amounts of plutonium may occur naturally in uranium deposits, it is mostly made as a byproduct of nuclear fission within a nuclear reactor.
Read More

The heat produced by the decay of Pu-238 is used primarily to generate electricity for spacecraft and probes. Radioisotope thermoelectric generators (RTGs) convert the heat directly into electricity via specialized thermocouples that are wired and packaged to produce spacecraft electrical power.
Read More

High-purity supplies of Pu-238 are scarce, due in part to older stockpiles of Pu-238 having undergone radioactive decay. The last time the U.S. produced material was in 1988. Starting in 1990, the U.S. bought supplies from Russia, but sales stopped in 2009. The U.S. reestablished production in 2015.
Read More

Pu-238 is produced through nuclear reactions in a nuclear reactor. The fuel within reactors gives off neutrons during the fission process. “Target” material is fabricated, placed in a reactor where it can be irradiated to absorb neutrons and be transmuted to another material. The irradiated targets
Read More

What is INL’s role?

Who is funding the production of Pu-238?

What happens if a rocket carrying Pu-238 has a problem on takeoff?

Plutonium-238 is encapsulated in multiple protective layers designed to withstand heat and to prevent the spread of Pu-238 in the event of an accident. The Pu-238 oxide pellet itself is designed with chemical and mechanical properties to reduce accident consequences.
Read More

What is a Radioisotope Power System?

Radioisotope Power Systems (RPS) convert heat generated by the natural decay of plutonium-238—a radioactive isotope—into electrical power. They have powered more than two dozen U.S. space missions and are capable of producing heat and electricity under the harsh conditions in deep space for decades
Read More

How does an RTG work?

RTGs work by converting thermal energy into electrical energy through devices known as thermocouples. The natural decay of plutonium-238 produces heat that is then transferred to one side of the thermocouple. The temperature difference between the fuel and the atmosphere allows the device to convert
Read More

The U.S. Department of Energy (DOE) develops RPS for NASA by utilizing the specialized facilities at its national labs.
Read More

First generation RTGs carried small amounts of radioisotope materials and were built to burn up at high altitudes during an accidental reentry. That’s changed with later designs which contain the plutonium in case of reentry. RTGs hold an excellent performance record and have never been the cause of
Read More

The next generation of RPS have opened the door to a host of new opportunities. MMRTGs have even more flexible designs that allow them to operate through the vacuum of space and planetary atmospheres. NASA will use a MMRTG in its upcoming Mars 2020 rover mission and a MMRTG for…
Read More

We are aware of the crash that occurred this morning on U.S. 20 involving an @INL bus. As incident command, @IdahoStPolice is the lead on the scene and INL is coordinating/supporting. For up-to-date info on this accident, please refer to @ISPeasternIdaho. More info to come.

Geothermal energy has a lot going for it ➡️but there are some challenges holding it back. 🤔 Check out this @INL research project that aims to help overcome some of those barriers. inl.gov/article/taking… #geothermal

Register by Jan. 31 for @GGCyberStart - a FREE interactive online program composed of digital challenges to introduce high school girls to #cybersecurity.💻 Looking for #student participants, as well as #teachers to be advisors. Tag your friends ⬇️⬇️⬇️ girlsgocyberstart.org pic.twitter.com/dX7x5YBAaQ

Training #nuclear reactor operators by day, and taking amazing photographs off the clock 📷 How Jesse Howard does it ➡️ inl.gov/article/findin… pic.twitter.com/o14MWqvtmZ